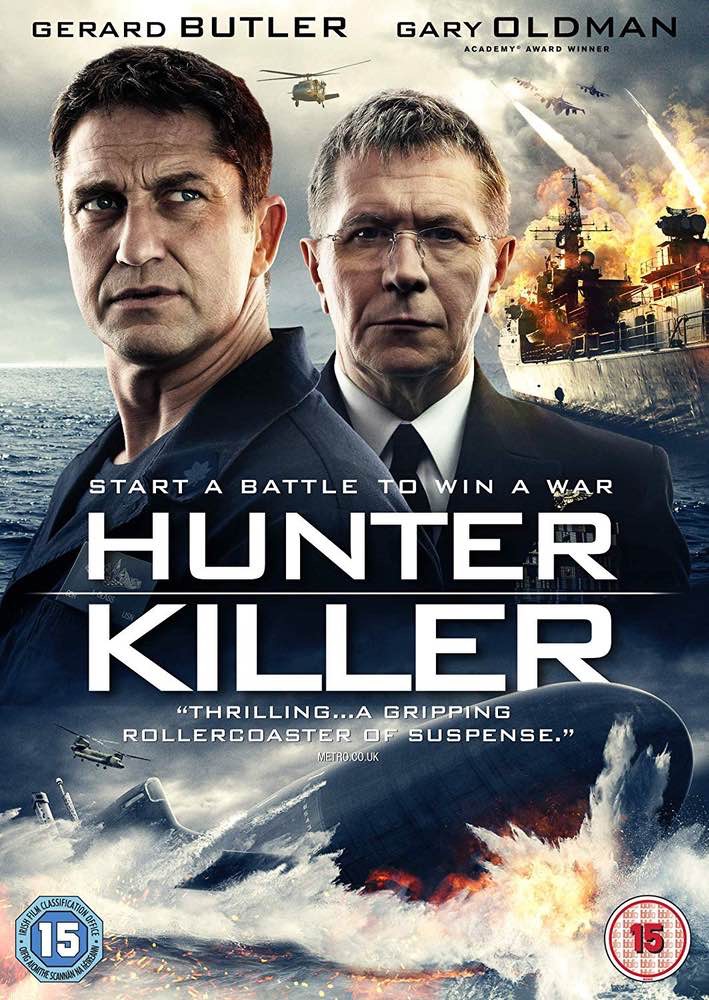 Captain Joe Glass (Gerard Butler) is hunting for a U.S. sub lost under the Arctic Circle. The race is on to save the sailors and find out what happened.

What’s that you say? A surprise Russian coup has toppled their leader, and the only hope to rescue to world from descending into WWIII is to send in Joe Glass with a team of Seals?

Well let’s get started then!!

This film is total nonsense, with hammy acting and equally hammy accents, and some terrible costumes to boot.

But it’s great fun! It’s the sort of film you need when you don’t want to be taxed, you just want to sit back and watch a rollicking action film while you stuff M&Ms in your mouth. No brain effort required.